Tokyo 2020 Olympics: US athletes warned they will face ‘consequences’ over political protests

American athletes have been warned by Team USA chiefs they will face “consequences” if they stage political protests at next year’s Olympic Games.

It comes after two athletes were reprimanded for protesting against social injustice at the Pan-American Games in Lima, Peru.

Imboden took a knee during the national anthem while Berry raised a fist.

In letters – obtained by AP news agency – sent to Imboden and Berry, US Olympic and Paralympic Committee chief executive Sarah Hirshland said she “respected” the athletes’ perspectives but disagreed with the “moment and manner” in which the pair aired their views.

“It is also important for me to point out that, going forward, issuing a reprimand to other athletes in a similar instance is insufficient,” she said.

“We recognize that we must more clearly define for Team USA athletes what a breach of these rules will mean in the future.

“Working with the [athletes and national governing bodies], we are committed to more explicitly defining what the consequences will be for members of Team USA who protest at future Games.”

All athletes sign an agreement not to make political, religious, or racial remarks at both the Pan-Am Games and the Olympics.

Berry, 30, told USA Today: “Somebody has to stand for all of the injustices that are going on in America and a president who’s making it worse. It’s too important to not say something.”

Writing on Twitter, 26-year-old Imboden said he chose to “sacrifice his moment to call attention to issues” that need to be “addressed”.

We must call for change.
This week I am honored to represent Team USA at the Pan Am Games, taking home Gold and Bronze. My pride however has been cut short by the multiple shortcomings of the country I hold so dear to my heart. Racism, Gun Control, mistreatment of immigrants, 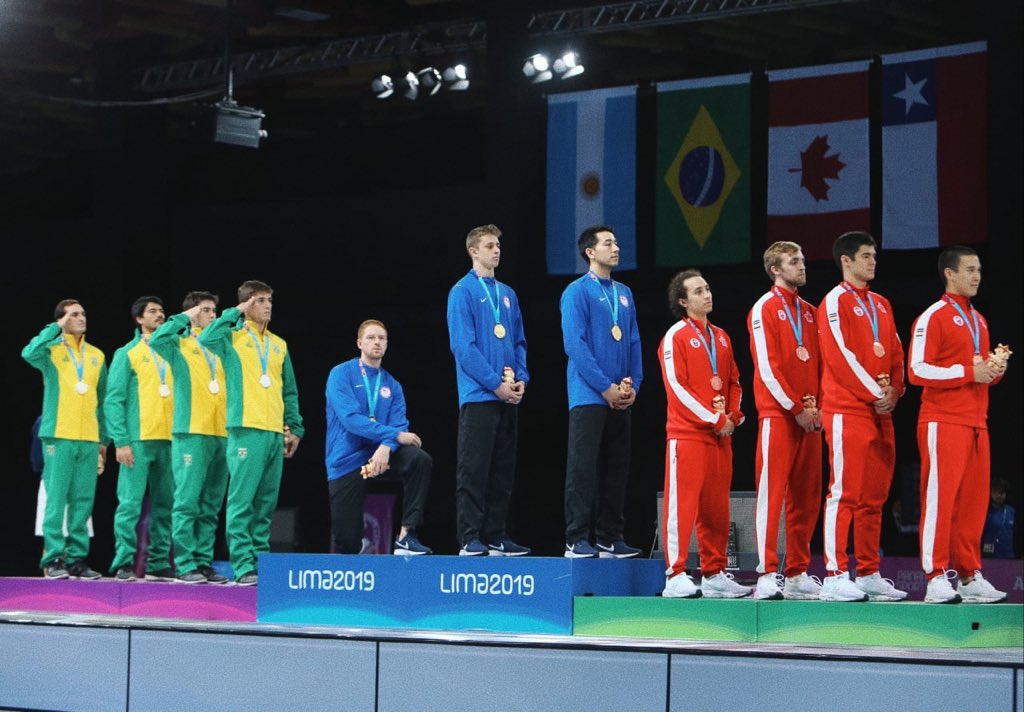 and a president who spreads hate are at the top of a long list.
I chose to sacrifie my moment today at the top of the podium to call attention to issues that I believe need to be addressed. I encourage others to please use your platforms for empowerment and change.

12.9K people are talking about this
Report

During next summer’s Olympics in Tokyo – which Imboden and Berry’s probation period will include – the US will be in the middle of a presidential campaign.

Taking the knee during the national anthem became a method of protesting after NFL quarterback Colin Kaepernick did so in 2016 to protest against police brutality and racial injustice in the USA.

Many other athletes have since followed suit, including footballer Megan Rapinoe, who was criticised by President Donald Trump after she spoke out against his policies. 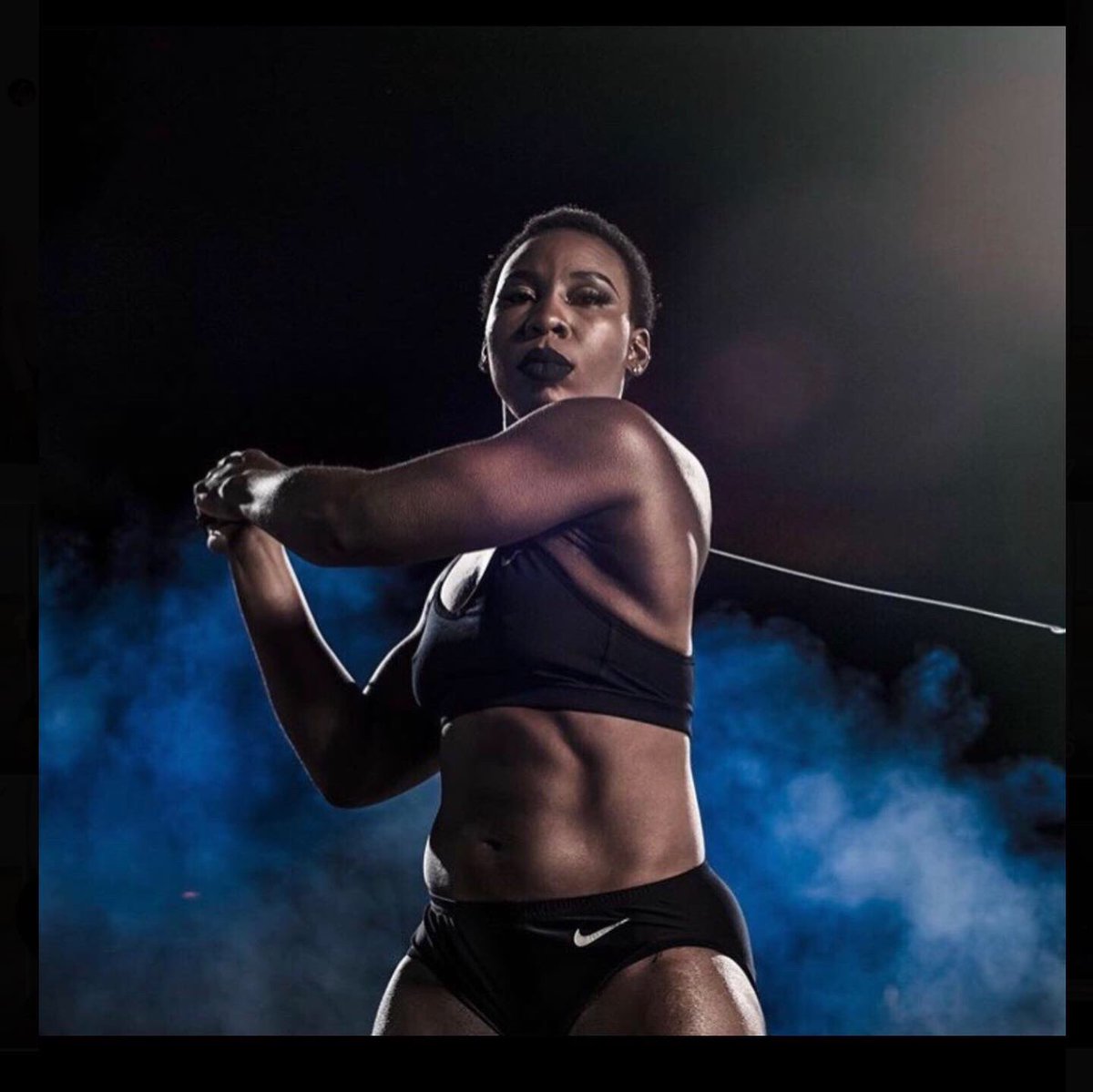