epaselect epa07609643 Former British foreign secretary Boris Johnson departs his home in London, Britain, 29 May 2019. Media reports state that Johnson has been summoned to court over misconduct claims over comments he made in the lead up to the EU referendum. EPA-EFE/ANDY RAIN

Posted By: The Reporteron: November 07, 2019In: News
Print Email

The UK’s Election season has got off to an ill-tempered start, as Johnson accused the main opposition Labour Party of planning to “raise taxes so wantonly” that it would destroy Britain’s prosperity. Writing in the Daily Telegraph, Johnson accused the left-of-center party of attacking the rich “with a relish and vindictiveness not seen since Stalin persecuted the kulaks.”

The kulaks were wealthier farmers that the Soviet dictator killed in their thousands during his reign of terror in the 1930s.

He later told a campaign rally in a Brexit-backing region of northwest England that he will be “a very different kind of prime minister.”

“I don’t do personal attacks,” he said.

n a Downing Street speech on Wednesday, Johnson also claimed inaccurately that Corbyn had “sided with Putin” after a former Russian spy and his daughter were attacked with a nerve agent in the English city of Salisbury.

Corbyn initially asked for “incontrovertible evidence” that Moscow was behind the 2018 attack, as Britain’s Conservative government had insisted. He later said he believed Russia was responsible for the poisoning.

Johnson on Wednesday kicked off the Conservatives’ election campaign in a traditional stronghold of the Labour opposition he hopes to win over by vowing to “get Brexit done.”

Addressing supporters who were dressed in t-shirts bearing the slogan, he urged voters to give him the majority needed to push his EU divorce deal through parliament and leave the bloc by the latest deadline of January 31. 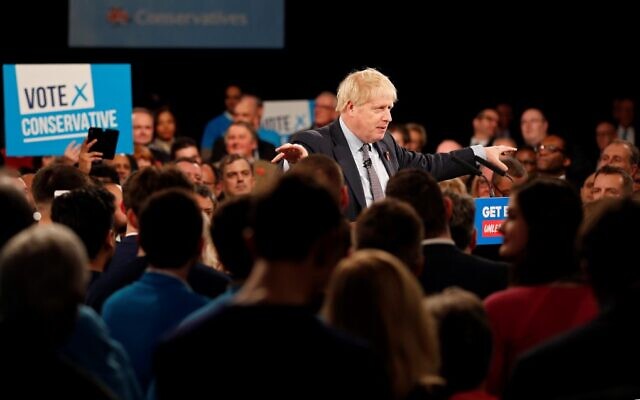 “We can’t go on like this,” Johnson told the crowd in Birmingham, Britain’s second biggest city, after decrying the political paralysis that has so far stalled its departure.

“On day one of the new parliament in December we will start getting our new deal through so we get Brexit done in January and put the uncertainty behind us.”

Johnson had visited Queen Elizabeth II in Buckingham Palace earlier Wednesday to ask the 93-year-old monarch to dissolve parliament and get the December 12 contest underway.

He has called for the splintered country’s third general election in four years in a bid to resolve the crisis that has unfolded since voters opted in 2016 to break away from the European Union after nearly 50 years.

The ruling Conservatives’ lead in opinion polls over Labour, but it was a similar scenario in 2017 when former prime minister Theresa May then went on to lose her majority.

Johnson is reportedly planning to target seats held by the Labour opposition in northern and central England, where supporters of Brexit are more concentrated.

He is hoping traditional Labour voters will be skeptical of their leader Corbyn’s plan to hold another referendum on Brexit after renegotiating new divorce terms with Brussels. 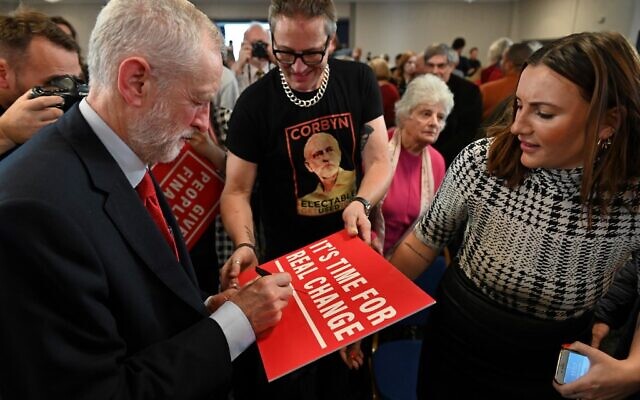 Britain’s main opposition Labour Party leader Jeremy Corbyn (L) reacts as he meets with supporters after delivering a speech on his party’s plans for Brexit, during an event in Harlow, north of London, on November 5, 2019. (Daniel LEAL-OLIVAS / AFP)

“Come with us and we will get Brexit done whereas this guy wants nothing more than dither and delay,” Johnson told the crowd.

Other parties in the race include the Liberal Democrats, who want to cancel Brexit; the Scottish National Party, which opposes Brexit and wants Scotland to leave the UK; and the Brexit Party, which says Britain should leave the bloc without a deal.

The Labour Party has its own woes, with many of the party’s lawmakers uneasy about Corbyn’s firm left-wing views, ambivalence over the EU and a controversy about anti-Semitism in the party. On Wednesday, deputy leader Tom Watson, who has often clashed with Corbyn, announced that he was stepping down from politics.

Watson acknowledged his “political differences” with Corbyn in a resignation letter but said the decision was personal rather than political.