The National Working Committee (NWC) of the People’s Democratic Party,( PDP) has approved the application of the Ondo State Deputy Governor, His Excellency, Alfred Agboola Ajayi requesting for the party’s waiver to enable him participate in the primary election of the party slated for 22nd July, 2020.

The approval is contained in a letter dated 26th June, 2020, and received by the Deputy Governor on 2nd July,2020. The letter was signed by both the National Chairman, Prince Uche Secondus and the National Secretary, Senator Umaru Ibrahim Tsauri.

The National Working Committee found that the Deputy Governor has satisfied the relevant provisions of the party’s Constitution particularly section 50(5)(b) (as amended in 2017) for granting of waiver.

The Deputy Governor is elated about this and urge his teeming supporters particularly, members of the party, to buckle down in a view to ensuring success at the primary first and eventually at the general election slated for October 10th, 2020. 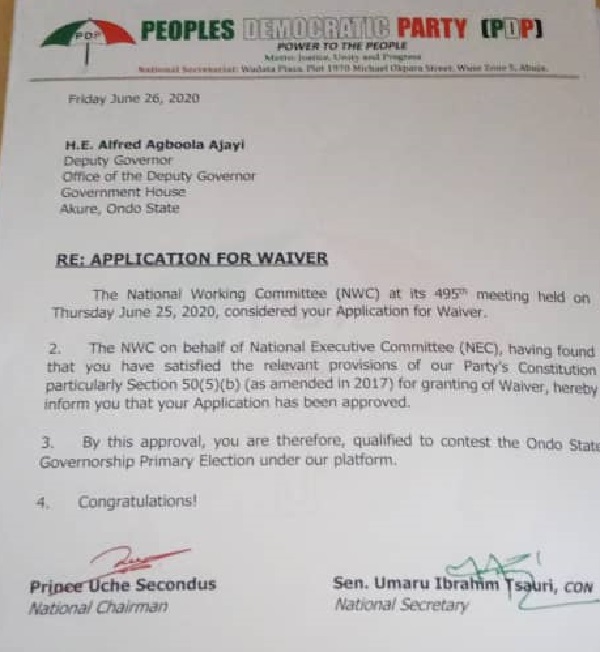