Posted By: The Reporteron: December 01, 2019In: News
Print Email

They are being shared under the hashtag #EnaZeda, which means “MeToo” in Tunisian Arabic.

The man in the photos is a recently elected MP, Zouheir Makhlouf, who denies the allegations – saying he was about to urinate into a bottle as he is a diabetic.

Women, wearing #EnaZeda T-shirts, gathered outside parliament earlier this month when MPs were being sworn in, demanding the case be investigated.

The MP technically enjoys parliamentary immunity now, though a judge is still examining the case.

The images were taken in October by a student who alleges the politician had been harassing her.

It is a safe space for victims to share their experiences – and the revelations have been a shock for the moderators of the page.

“Paedophilia and incest are more rampant than we would like to admit,” moderator Rania Said told the BBC.

The page now has more than 25,000 members, with thousands still pending approval.

There are a deluge of testimonies detailing allegations of rape, marital rape and sexual harassment.

Accusations have been made against people in the military, the police, universities, schools, the media and relatives.

It is not just women making the allegations – some men have also posted.

The level of engagement took Aswaat Nisaa by surprise, especially about child abuse that has been ignored within families.

“In the beginning especially there were so many stories about uncles, brothers, neighbours, the guy at the neighbourhood corner store,” says Ms Said.

Aswaat Nisaa put me in touch with a 36-year-old woman who said she was molested by her aunt’s husband when she was 14.

She had gone to live with the couple one summer after her father had beaten her.

“It started by kissing me on my mouth, he started touching my breasts,” she said.

“I didn’t understand what he was doing because… I never saw myself as sexual, my body as sexual yet, because nobody had talked to me about it.”

This continued for several weeks whenever he cornered her alone, until one night he entered her room.

“He climbed on top of me; he tried to force himself, but I started to shout. So he was scared because my aunt – his wife – was sleeping in the other room,” she says.

She did tell some of her relatives about it but they dismissed the incident, suggesting it was a sign of her uncle’s affection, and offered her no support.

“My mother said: ‘I lived through stuff like that, I do not think this is too bad.'”

She said she could not bring herself to report the incident to the authorities.

“If I was to accuse him, even if it’s my right, I would destroy a whole network of family – I didn’t want to be guilty of that.”

Taking on family and culture

In 2017, Tunisian lawmakers introduced a landmark law to protect women against all forms of violence.

At the time some observers went so far as to describe it as being one of the most progressive in the region, possibly the world, because once a complaint is officially lodged, even if the victim changes her mind, the legal procedure continues.

But Fadoua Brahem, a lawyer who has taken on several cases of sexual abuse, told the BBC the law was still “in the transition phase of being implemented”. 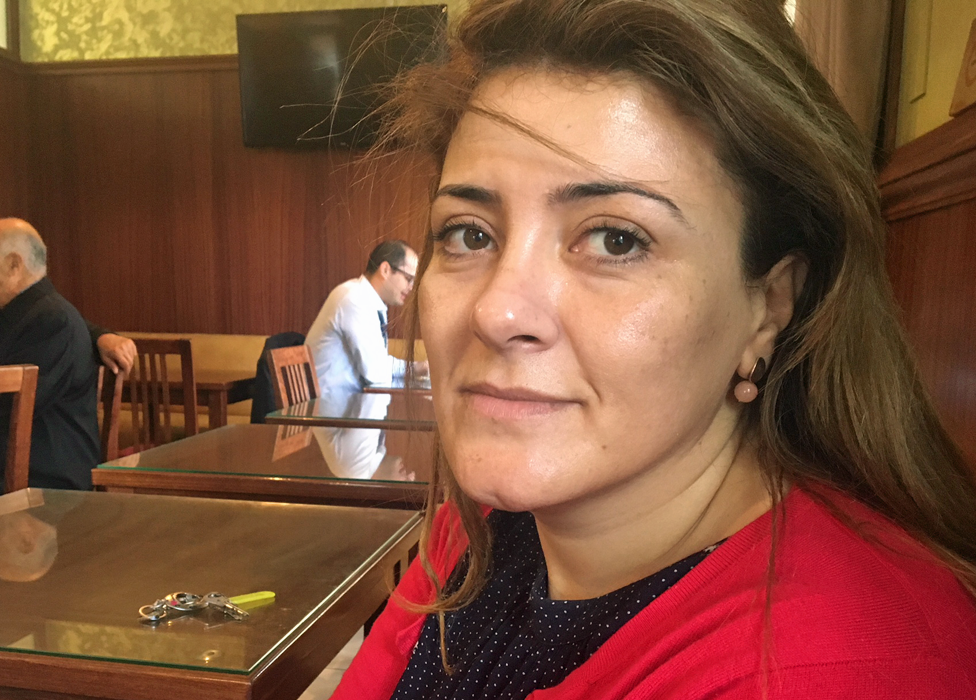 As it stands, the wider system and culture a victim faces before reaching court make a mockery of the law.

She said the first obstacle victims face is simply filing a complaint with the police, where often there are attempts to dissuade them from doing so by both the family and law enforcement authorities.

The health system also exposes victims to what can feel like a humiliating process because, for example, there are no specialised units to deal with cases of rape.

“A victim needs to have the psychological and financial tools to seek justice – it’s not set up to be available to everyone,” Ms Brahem said.

What #EnaZeda is doing is giving everyone the freedom to be honest about the sexual violence and harassment that is largely unacknowledged in the country.

There are hopes it might further encourage sex education both at home and in schools.

“In Tunisia the sanctity of a child’s body is not respected,” says Ms Brahem.

“We are families and a population that is very affectionate when it comes to touching and kissing. Maybe the parents now understand that there are things that should not take place, or that they need to be more vigilant.”

For Ms Said the messages sent to the #EnaZeda Facebook page show a real sea change in attitudes – in trying to do something concrete to stop abuse.

“One lawyer posted that she would be willing to defend victims of sexual violence free of charge.

“Many parents have reacted by sharing resources like books about bodily integrity for children, in Arabic French and English, and thanking us and saying that they’re more aware – that’s my favourite part.”