Posted By: The Reporteron: December 21, 2020In: News
Print Email

I’ve heard people say all season that Manchester United are miles away from being a title-winning side but the league table tells a different story at the moment.

If United win their game in hand, they are in second place and only two points behind what is a brilliant Liverpool team.

They are in the race, for sure, even if some of Ole Gunnar Solskjaer’s critics won’t want to admit it. He deserves a lot of credit for the run they are on, but he probably won’t get it.

I do kind of understand why – as pundits, we go week to week sometimes just looking in detail at one particular game or performance by a team, good or bad, and you can miss the bigger picture, or the direction they are heading in.

You forget that, when you get a bit of momentum as a club, the outside noise doesn’t matter.

United haven’t come from nowhere. A couple of poor results in the Champions League meant they are out of that competition and that led to more criticism of Solskjaer, but in the Premier League they have been building momentum for a while now and they have climbed to third on the back of six wins and a draw in their past seven games.

They have been playing well too, and scoring lots of goals, but no-one really seems to consider Ole’s part in that, or those good results.

It’s put down to his players rescuing games for him, and it’s only Solskjaer’s fault when things go wrong and he gets the blame for being “poor” tactically.

I don’t think that’s fair, or reflects what has actually been happening. Solskjaer has got things absolutely spot on in plenty of big games in his time as United boss, including on Sunday against a Leeds team that have frightened a lot of opponents so far this season.

I’m sure Solskjaer’s selection raised a few eyebrows, with Paul Pogba on the bench, Fred and Scott McTominay in midfield and Daniel James part of the attack.

But McTominay was superb, giving them the energy and dynamism they needed in midfield, and I thought James was brilliant too. He helped provide that extra bit of pace to their attack that let them really tear Leeds apart. 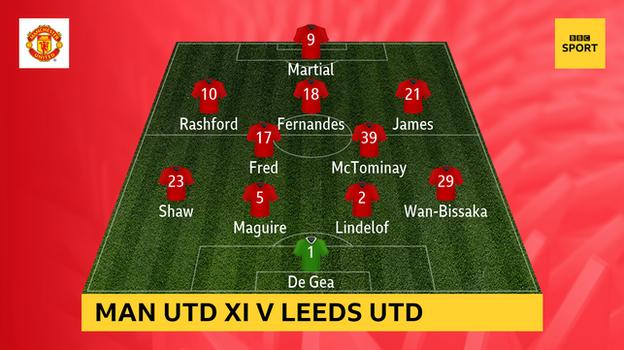 Leeds are a high-energy team, who work hard and play expansive football high up the pitch. A lot of teams see those qualities and think they will just sit back and wait to hit them on the counter.

Manchester United, though, were different. They left three players up the pitch, which meant every time they got the ball they caused them lots of problems. 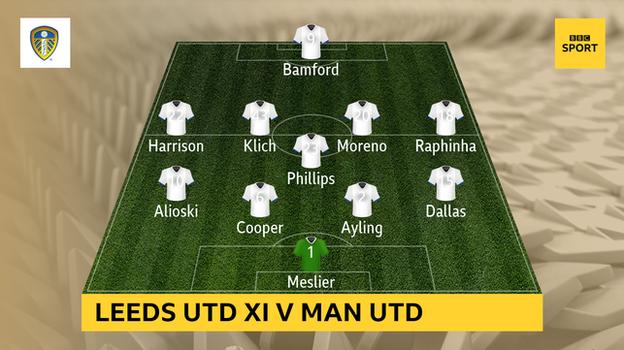 Leeds midfielder Kalvin Phillips is one of my favourite players but he was left completely exposed and totally over-run in the middle of the pitch.

The final score was 6-2 but, really, the home side could have reached double figures with the chances they had. It was a brilliant attacking performance to run away with what was a thrilling game.

They will believe anything is possible

Solskjaer has been taking a lot of stick recently, and every time he loses a game it seems like it is the worst thing ever, and it is time for him to go.

But now is the time to give him some credit. Manchester United have not truly been in touch at the top of the table at Christmas since Sir Alex Ferguson left in 2013, but they are this year.

That’s one sign of their progress, and proof of how they are heading in the right direction after two years with Solskjaer as manager. Another is the table which shows only Liverpool and City have picked up more points since he took charge.

I still don’t believe they will win the title, but they won’t care what anyone else thinks. They have got momentum and confidence and they will feel like anything is possible. We saw in the second half of last season that they are capable of going on a long run of good results, so they will believe in themselves.

What next? Find some consistency

There is still work to do of course, at both ends of the pitch.

I still feel defensively there is room for improvement because they keep giving away stupid goals, and there are times they need to think more like they did against Manchester City earlier this month, and settle for a draw rather than pouring forward looking for a win and ending up empty-handed.

That City game was widely viewed as a negative performance because they only picked up a point, but you have to remember the pressure that was on Solskjaer going into that game. They had just been knocked out of the Champions League and if he had lost to City too, there would have been more calls for him to be fired.

Another step has to be to find a way through teams who come to Old Trafford and put 11 men behind the ball, because they haven’t managed it so far this season.

No other away team will play like Leeds did and, too many times before, they have been on a good run like this one then slipped up at home against opposition they should really put away.

They have the quality to do that, and to stay in the title race too, but their problem in the past is that they have not been consistent enough. That also needs to change.

Leicester will be a true test of title credentials

On the plus side, Manchester United are certainly exciting to watch and they are also a young team that might just be maturing and coming into their prime.

We might get a better idea of where they are at when they face Leicester on 26 December. That is a far bigger test of their title credentials than Leeds were.

Leicester are seen as a counter-attacking side, which is how they beat Manchester City at the start of the season, but in their win over Tottenham they were excellent in possession and dominated the game.

The Foxes can hurt you in lots of ways but they are most dangerous when Jamie Vardy gets behind your defence.

He is bound to cause problems and United will have to deal with his pace and quality in front of goal before they get too carried away with the thought of mounting a title challenge, even if it is long overdue.