Popular Kenyan musician John Ng’ang’a, known by his stage name John De’Mathew, has been killed in a car crash prompting an outpouring of tributes from his fans.

Known as the King of Kikuyu music, the singer was on his way back from an event in the town of Thika, 45km (27 miles) north-east of the capital, Nairobi, when his car ploughed into a lorry.

Famous for wearing a white cowboy hat, he reportedly produced more than 50 albums in a three-decade career.

His style of music was known as Benga, with guitar setting a fast-paced rhyme. He always sang in Kikuyu, one of Kenya’s main languages.

The hashtag #RIPDeMathew is trending in Kenya, with people sharing their memories.

One tweeter said he always addressed social issues in his songs, like one about alcoholism:

If there was something that John De’Mathew was good at, it was addressing social, economic and political challenges facing the locals in his music.

Mbeú Njíthí was one great song addressing the alcoholism problem among the Kikuyu men (and especially young men).#RIPDemathew

72 people are talking about this
ReportReport this social embed, make a complaint

Other fans spoke about how the legend “spread, unity and peace” through his songs and used “beautiful poetry” for “coded wisdom”:

Kikuyu benga musician John De Mathew will forever remain in our hearts,a true legend who through his songs spread love,unity and Peace among the Gikuyu land. Rest in Eternal Peace #RIPJohnDemathew

‘s other Tweets
ReportReport this social embed, make a complaint

A genius of kikuyu literature and poetry ;You enriched our lives with your beautiful tunes full of coded wisdom. Fare thee well John Demathew

And one account, calling him a “true hero” shared one of his tracks:

The legend is gone but his memory last forever in our hearts go well John De’Mathew. Dance with Angels. May Almighty God strength your family, your fans across the world, the Kikuyu nation. You were a true hero.#RIPDemathew 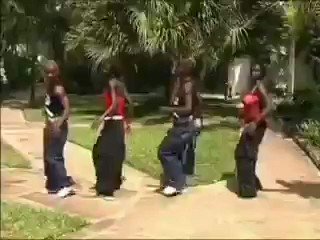