Odion Ighalo’s sensational goal for Manchester United in their 5-0 thrashing of LASK in the Europa League was worthy of a packed house at the Linzer Stadion.

Juggling the ball from right foot to left, the 30-year-old Nigeria forward then cannoned a left-footed shot in off the crossbar from 18 yards.

But instead of the roar of a crowd, all that was audible was a thud of boot to ball and the clang of the crossbar before he was joined by his team-mates.

It was a sparkling effort unfortunately witnessed live by a smattering of people and not the wider audience it deserved due to the coronavirus outbreak restricting the attendance to just 500.

United’s substitutes even crowded around a screen in their dugout to watch it again. But then would Ighalo have even attempted it at Old Trafford?

Former United midfielder Paul Ince, suggested otherwise on BT Sport, likening it to the sort of potshot seen at training grounds when the pressure is off.

“Maybe he doesn’t do it in front of a full house,” said Ince. “It reminds me of one of those that you do at training. Maybe I’m doing a disservice to him.”

“It is like Tony Yeboah, it’s a thing of beauty,” he said, referencing the Ghanaian’s famous in-off-the-crossbar volley for Leeds in 1995.

“It is one of the best goals he has ever scored.”

‘No-one would have saved that’

United manager Ole Gunnar Solskjaer was also effusive in his praise of Ighalo, who was a surprise January addition on loan from China’s Shanghai Shenhua.

“Odion has done really well when he’s come in and he’s enjoying himself,” Solskjaer said.

“He will improve and get better, but he has qualities that we saw in him that we needed and we’ll still need those qualities for next season so let’s see what we do.

“He is very good back to goal, you can play up to him. Great link player, but maybe the best thing about him is his personality, so he’s got the whole lot really.

“He had three touches before his fourth, the finish. All them touches were high quality but he had to make them to create the space for himself.

“But the strike is on the half-volley, great timing. No-one would have saved that one so anyone would be proud of that finish.”

2,038 people are talking about this
Report

He’s at it again

3,392 people are talking about this
Report

United players all turned to the monitor to have a look at replays of Ighalo’s goal. Some finish #mufc 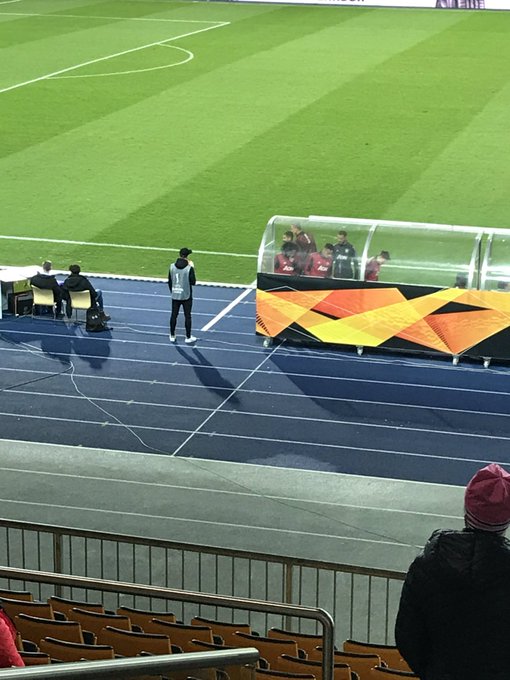 436 people are talking about this
Report

What fans made of it all

Paul Murphy: Remember when we all laughed when United signed Ighalo?

Michal Koziol: Everyone who said Ighalo wasn’t the calibre United need should look at that goal over and over again. The first touch, the control, the power, everything perfect. Such a shame the stadium’s empty.

Nicholas Mills: Anything about this Ighalo loan spell reminding anyone of Henrik Larsson.

Stuart Mitchell: That goal deserved to be seen by many more people in the ground. Stunning strike and United would do well to sign him up for next season clear he wants to play for the club.

Altaf Shaikh: Had my reservations about Ighalo, but what a start he has had, top goal, just what United needed.