Posted By: The Reporteron: September 18, 2020In: News
Print Email

The region including the Spanish capital Madrid will limit movement between and within areas badly affected by a new surge in coronavirus infections, which would affect over 850,000 people, regional leader Isabel Diaz Ayuso said.

Ayuso said access to parks and public areas would be restricted, and gatherings will be limited to six people, but people would not be stopped from going to work in the hardest-hit region in Spain, which has the highest number of cases in Western Europe.

The United Kingdom recorded 4,322 new positive cases of COVID-19, an increase of nearly a thousand on Thursday’s tally and the highest since May 8, according to official statistics.

Moderna Inc said it expects to produce 20 million doses of its experimental coronavirus vaccine by the end of the year.

The company continues to expect to make 500 million to one billion doses of the vaccine in 2021, Moderna said in a filing with the U.S. securities regulator.

There are currently no COVID-19 vaccines approved by US regulators, although a handful are in late-stage trials to prove they are safe and effective.

Moderna’s COVID-19 vaccine is among the furthest in development and the company had enrolled 25,296 participants out of a planned 30,000 in its late-stage study as of Wednesday.

Philippine President Rodrigo Duterte has extended for one year a “state of calamity” imposed in the country at the start of a lockdown to contain the spread of the coronavirus, his spokesman said.

The extension would give government officials “ample latitude to continue utilising appropriate funds … in their disaster preparedness and response efforts to contain the spread of Covid-19,” the proclamation said. 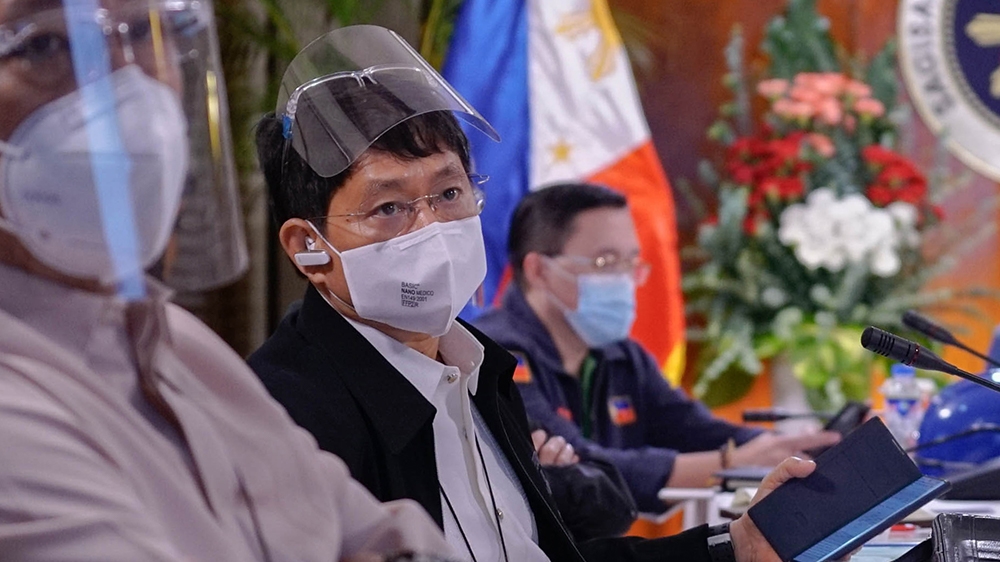 President Rodrigo Duterte first placed the country under the state of calamity for six months in March to help the government implement the coronavirus lockdown [File: King Rodriguez/AFP]

Most of the Jewish pilgrims that camped out on the Ukrainian border with Belarus for several days have left after Kiev refused them entry, in line with its coronavirus rules.

Only “a few pilgrims” remained at the Novi Yarylovychi crossing, Ukrainian border guard spokesman Andriy Demchenko told AFP, compared to more than 1,000 on Thursday, while the Belarus border service said fewer than a dozen people were still attempting to cross.

14:25 GMT- Iran on coronavirus red alert due to rise in deaths

Iran, one of the Middle Eastern countries hardest hit by the pandemic, has been divided up into white, orange/yellow and red regions based on the number of infections and deaths.

The death toll rose by 144 to 23,952 on Friday, while the total number of identified cases spiked by 3,049 to 416,198, health ministry spokeswoman Sima Sadat Lari said on television. 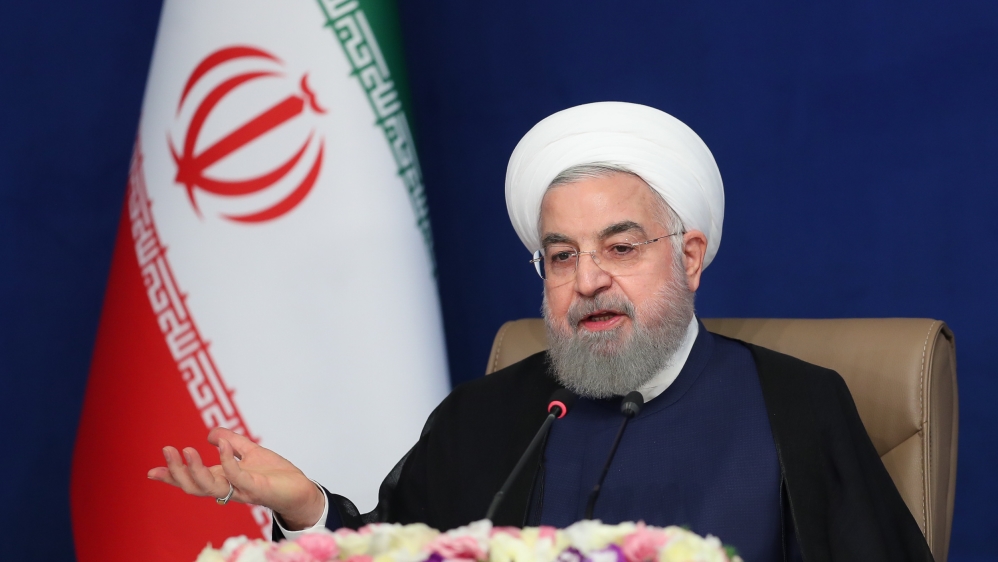 In the northwestern city of Tabriz, for instance, the number of hospitalised patients had jumped from under 40 a day to 160  [File: Anadolu]

There were 1,972 new coronavirus cases registered by Dutch health authorities in the past 24 hours, according to data published by health authorities, marking the fourth consecutive day of all-time highs in the country.

Case data is submitted by local health authorities across the Netherlands and published daily by the National Institute for Health (RIVM).

Prime Minister Mark Rutte’s government is expected to announce regional measures such as bans on large gatherings and early closures for bars and restaurants later on Friday in response to the rise in cases.

The reproduction “R” number of COVID-19 infections in the United Kingdom has risen to a range of 1.1-1.4 from last week’s figure of 1.0-1.2, the government said.

“An R number between 1.1 and 1.4 means that on average every 10 people infected will infect between 11 and 14 other people,” it said. It added that the number of new infections was growing by 2 percent to 7 percent every day.

Hello, this is Arwa Ibrahim, taking over our live updates on the coronavirus pandemic from my colleague Virginia Petriomarchi.

Iceland has ordered the closure of entertainment venues and pubs in the capital area for four days – September 18-21 – in order to counteract the spread of COVID-19, the government said in a statement.

The European health regulator endorsed the use of widely known steroid dexamethasone in the treatment of COVID-19 patients on oxygen or mechanical ventilation.

The European Medicines Agency (EMA) said based on its review of results of a study by UK researchers, it concluded that dexamethasone – a commonly used drug against a range of inflammatory conditions – can be considered a treatment option in adults and adolescents needing oxygen therapy.

The recommended dose in adults and adolescents, from 12 years of age and weighing at least 40kg, is 6 milligrams once a day for up to 10 days, the EMA said.

Russia has approved R-Pharm’s Coronavir treatment for outpatients with mild to moderate COVID-19 infections and the antiviral drug could be rolled out to pharmacies in the country as soon as next week, said the company.

Coronavir’s approval follows the green light for another Russian COVID-19 drug, Avifavir, in May. Both are based on favipiravir, which was developed in Japan and is widely used as the basis for viral treatments.

R-Pharm’s announcement is another sign Russia is pushing hard to take a global lead in the race against the virus. It is already exporting its COVID-19 tests and has clinched several international deals for supplies of its Sputnik V vaccine.

The city of Nice on the French Riviera will ban gatherings of more than 10 people in public spaces and tighten rules on alcohol consumption outdoors as it seeks to curb COVID-19 infections that are soaring in the region, according to local authorities.

France registered a record 10,593 new confirmed coronavirus cases in the past 24 hours, the health ministry data showed on Thursday, the country’s highest single-day count since the pandemic began.

US President Donald Trump’s administration posted controversial recommendations on coronavirus testing to the website of the country’s health agency against the objections of its scientists, according to a report by The New York Times citing people familiar with the matter and internal documents.

The guidelines, which said testing was not necessary for people who were exposed to COVID-19 but not displaying symptoms, were criticised when they were issued last month.